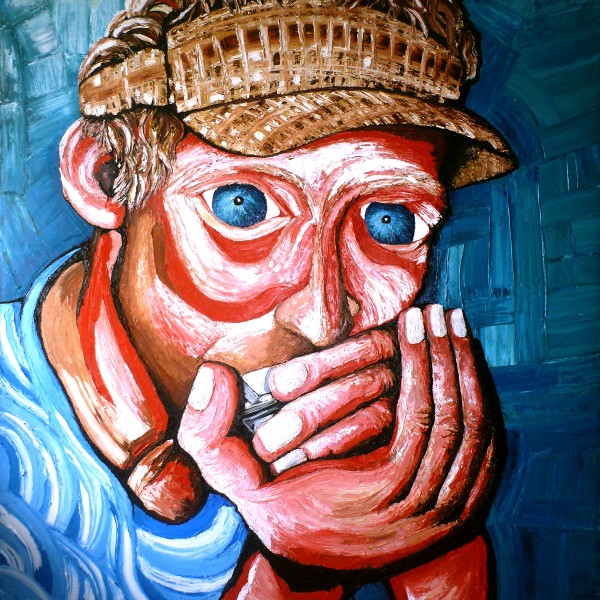 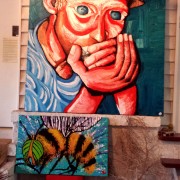 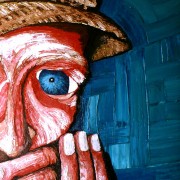 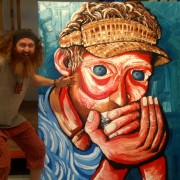 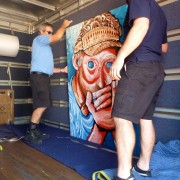 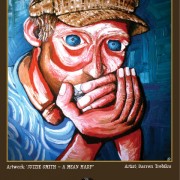 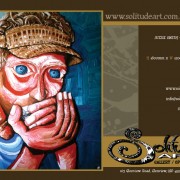 The one man band, Juzzie Smith, uses a combination of key slide guitar, didgeridoo, stomp box, harmonica and percussion creating a unique style of music that has to be seen to be believed! Juzzie can get you feeling great and has all flavour favourites from blues to folk, groove and roots. It is feel-good music that soothes the soul and makes the heart sing.

The one man band, Juzzie Smith, uses a combination of key slide guitar, didgeridoo, stomp box, harmonica and percussion creating a unique style of music that has to be seen to be believed! Juzzie can get you feeling great and has all flavour favourites from blues to folk, groove and roots. It is feel-good music that soothes the soul and makes the heart sing.

I chose Juzzie Smith to be my sitter for the Archibald Portrait Prize for 2013. Well, I guess Juzzie Smith and the Universe did. I seriously had no intentions on participating in the competition and had plenty of other projects I was working on to keep me busy long into the year. Though, for a long time, I have been an avid listener of Juzzie’s funky blues! His music has always resonated with me and I have thought that Juzzie had a very interesting face that had a story to tell.

The story unfolds while Danielle, my beautiful partner, and I were doing our Sunday cruise through the Bulcock St Markets in Caloundra, late last December, unaware that Juzzie was playing there that day. It was only hearing his familiar musical vibrations that lead us to the harmonica master. Looking at him, this weird feeling came over me, and the next thing you know the word “Archibald” was falling out of my mouth, all by itself, as I asked Juzzie Smith if I could paint him.

From there, my schedule got pretty hectic in the lead up to organising the sitting for Juzzie. At that time, Danielle and I had just decided to put our house on the market, but before we where able to do that, we had plenty of work to do to get our home ready for selling; cleaning, gardening, the painting walls, home maintenance, all the jobs you put off now had to be done….

Juzzie Smith was also very busy with gigs and was only available to do the sitting on the 26th of January, Australia Day, leaving me only four weeks to get everything completed.

The first week got blown out from a busy work load and also getting the wrong sized canvas made up! Well an artist can change his mind and even a canvas size. The canvas just needed to be BIGGER! So, there I was, one week lost, nothing achieved and the pressure was already on!

I had plenty of ideas on how to paint Juzzie, though none of them flowed out of me! A few days rolled past with me staring at the beautiful beast of a 12 ounce canvas standing 1.8 meters tall and 1.5 meters wide, dwarfing my small studio.

Then bam! The match was struck and the painting had commenced! With that, the idea was hatched and dreamed up – no paint brushes where to be used, what so ever!!! Good times! I wanted to capture the raw, the vulnerable, the hurt, the open and exposed JUZZIE! The Juzzie Smith behind those beautiful tunes and winning smile.

Look past the Juzzie that is presented as a package with his music, and you see that deep rolling surf of emotion. Look closely and find the sunburnt reds and freckles from the Aussie sun. With the rise and fall of texture and chunkiness in the thick oil paint, his face brings forth images of the rugged Australian terrain, a part of the heart and soul of all travelling Aussies.

This all began on Australia Day, so it seemed fitting to use a colour scheme of red, white and blue!

Wave your flag, smile back to Juzzie as you see the man in action stomping away, plucking those strings and playing that mean harp as he takes you on his little journey! 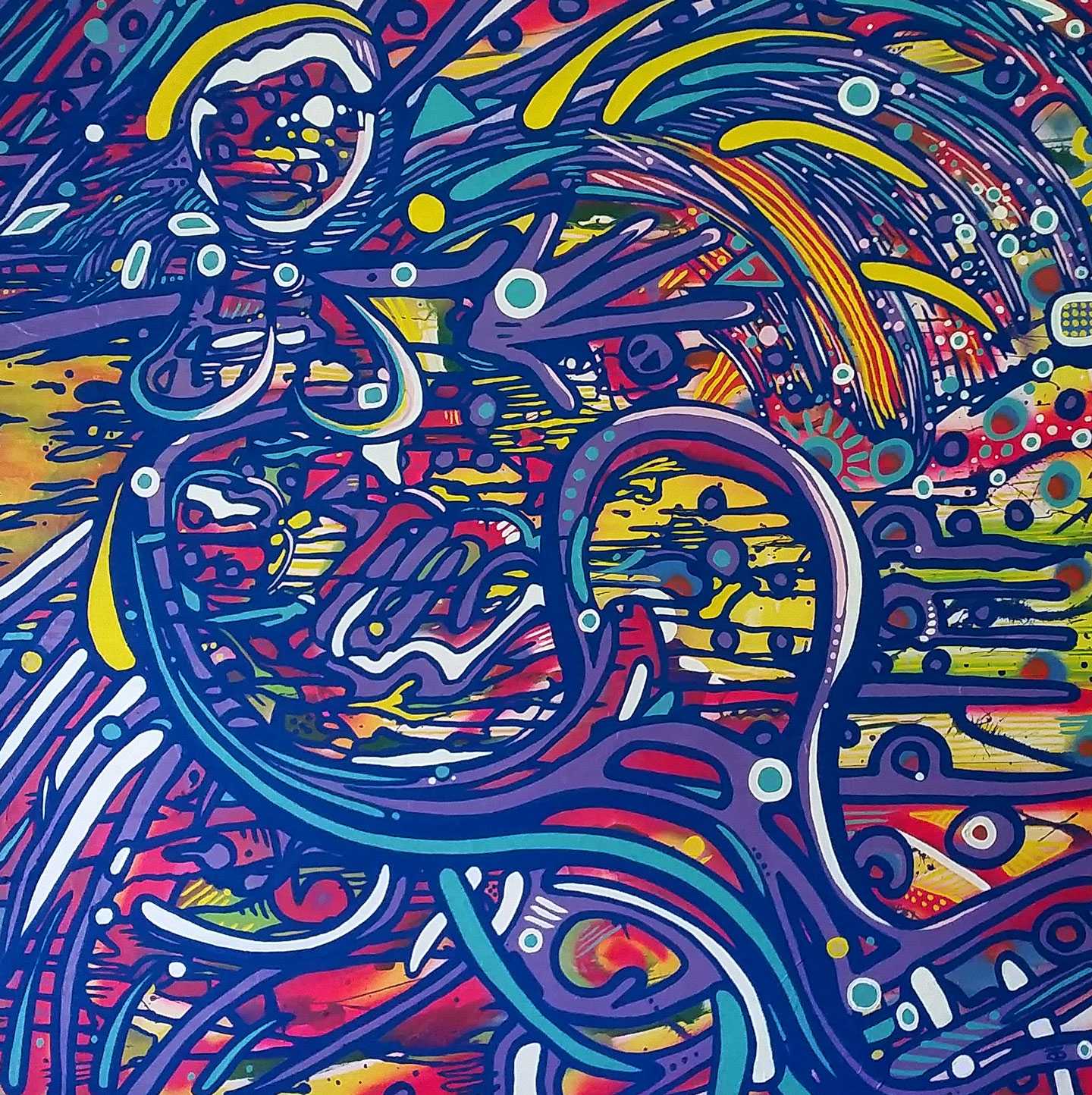 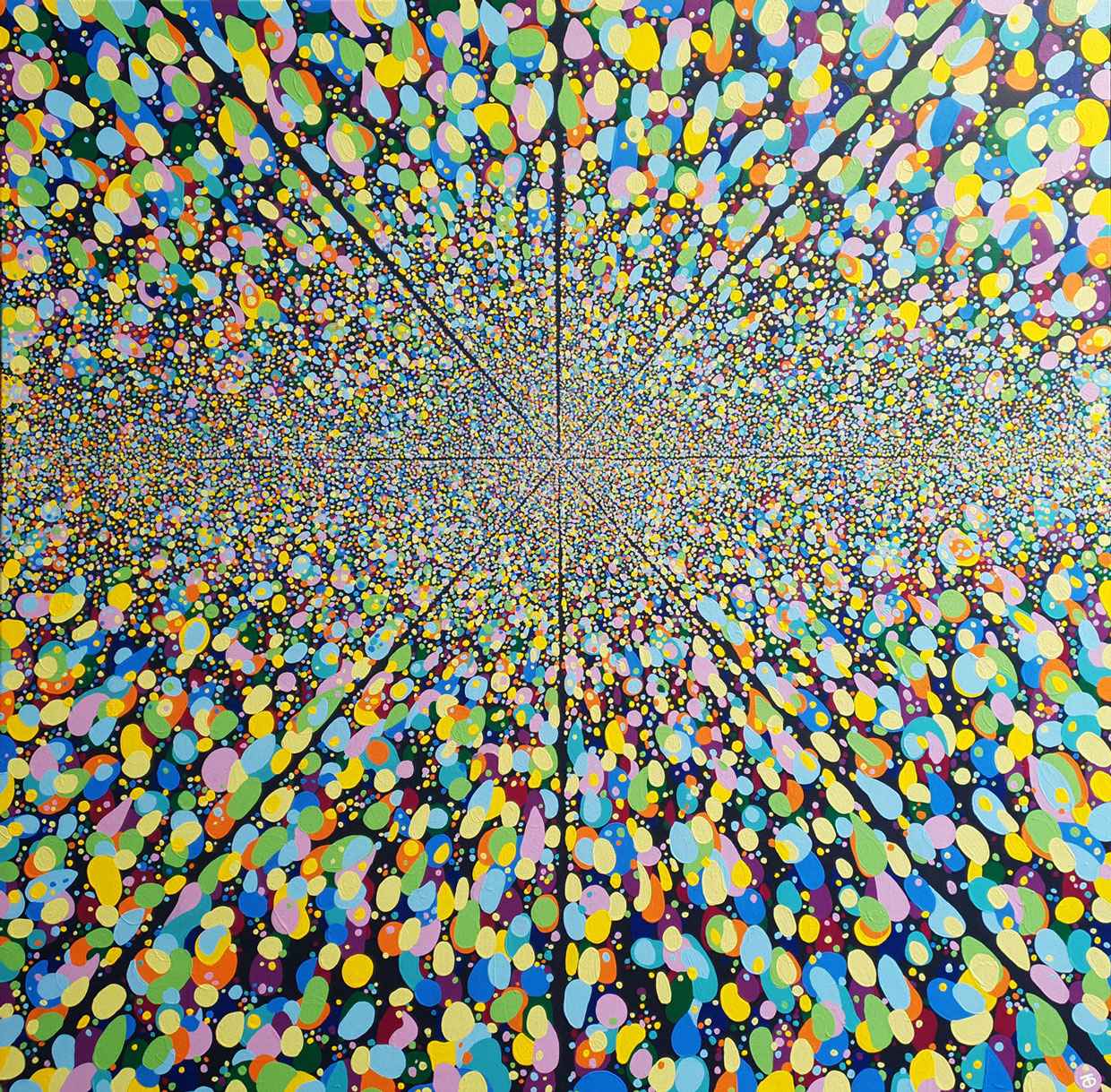 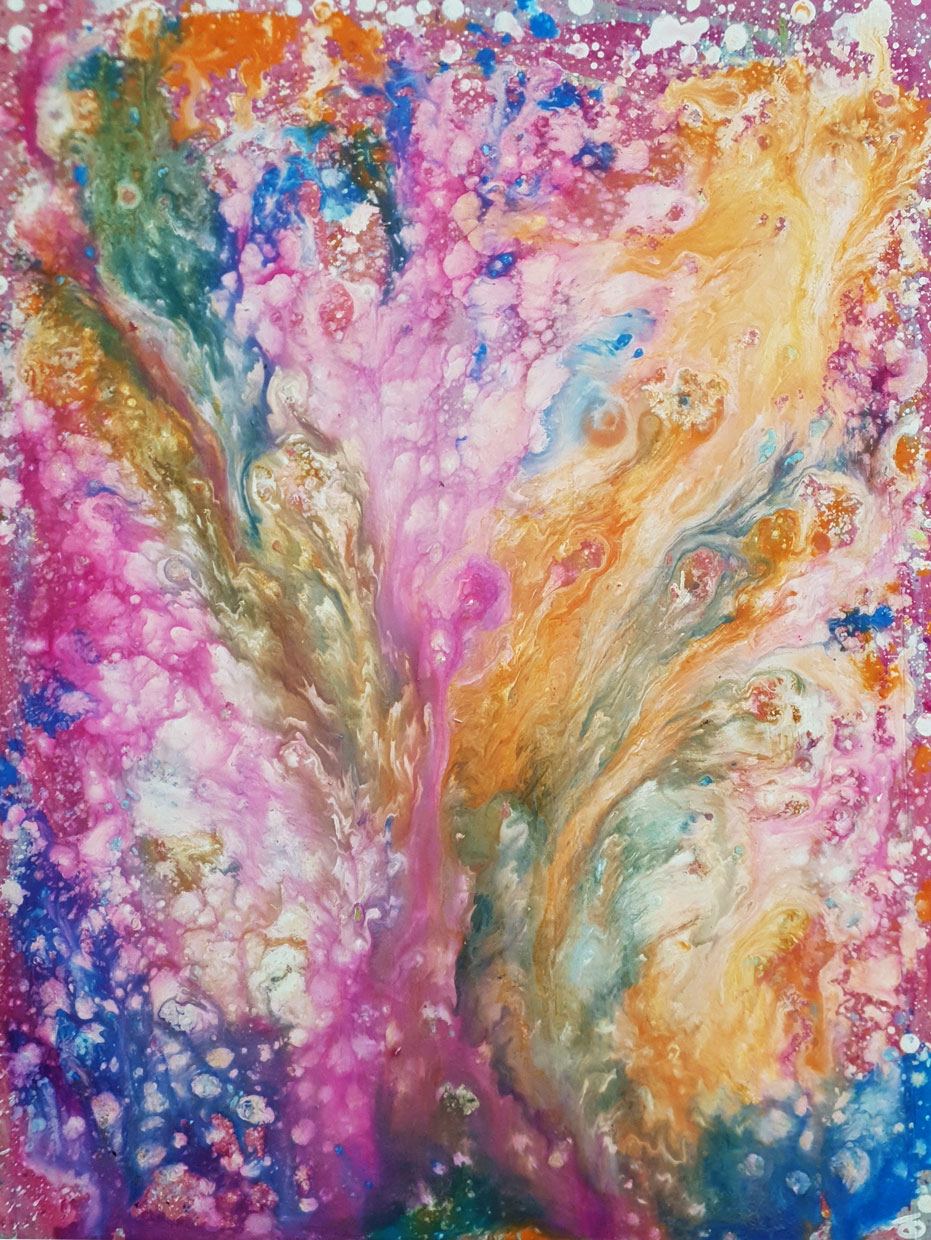