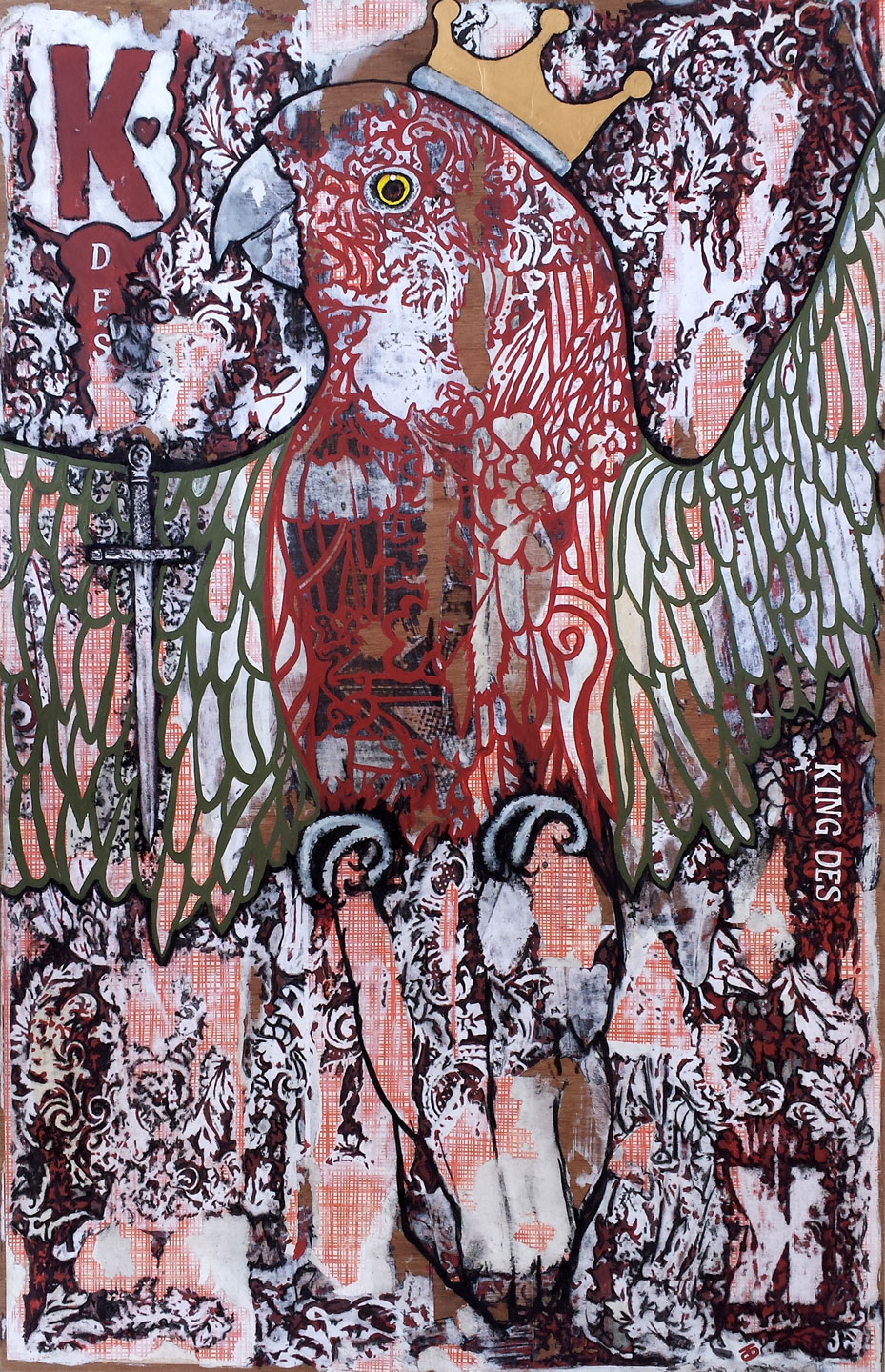 With a whoosh of striking red and brilliant green, ‘DES’ swooped down into my life to capture my heart. With character that packed a punch and childlike qualities that charmed, I named him ‘DES’ as he was nothing short of a perpetual ‘DES-straction’! Constantly being a nuisance, squawking to be fed, he would not let up until he had his way.

‘DES’ would visit at impromptu times, especially when I was in the middle of painting a major section in the studio, and would always want to be the centre of attention. There were instances in which he would sneak up and sit on the window’s edge of the studio, clucking and announcing his presence, demanding undivided attention and love. If that wasn’t enough, he would launch into the studio at full speed, sending paint and brushes flying. Yes, that brave and mighty King Parrot would get his way!

Being a magnificent parrot and a KING, at that, I guess I, too, would expect to be fussed over! He always new how to arrive in style, banking hard and landing abruptly, with a short pause in anticipation of the resounding applause that he obviously deserved for his mad feat! It was definitely exciting to watch ‘DES’ and be a part of his show. And, he just new to arrive when I was down and needed to be cheered up or needed some distraction from life’s troubles…

It has been January since you last visited, King of Hearts…I hope you find clear and calm skies. You are missed at the Gallery ‘KING DES’!